Create an Account - Increase your productivity, customize your experience, and engage in information you care about.

History of the Sheriff's Office

What Does a Virginia Sheriff's Office do?

Functions of the Office

Virginia is unique in that all cities are independent jurisdictions, separate from any county. Thus, all cities have elected sheriffs, most of whom focus on court and jail operations. By law, sheriffs can enforce all the laws of the Commonwealth in the jurisdiction they serve. Some city sheriffs also work alongside the city police departments in responding to calls and enforcing traffic violations.

Some cities, such as Poquoson and Williamsburg, still use the Sheriff for civil process and court services. Those sheriff's offices still have concurrent jurisdiction in those cities but do not generally exercise them, deferring to the city police to handle criminal/traffic matters.

In 1634, the history of the American Sheriff began after the settlements in Virginia were sufficiently established to allow for the replacement of the military regime by a civil government. James City “Shire,” now known as James City County, was one of 8 original Virginia “Shires.” In 1649, in Jamestown, Virginia, the Sheriff was empowered as the King’s representative to keep peace. Until 1776 all Sheriffs were appointed by the British Crown. From 1776 to 1851, the Sheriff was appointed from a list of magistrates. In 1851 the Office of the Sheriff became an elected position.

The men listed below likely served as Sheriff during this time; the exact dates are unknown:

Edmond Jenning
His name may have been Jeffing

Captain Benjamin Goodridge
George Marable could have been a sub-Sheriff.

George Marable
After this appointment, on the June 10, 1712, a new list of commission of justices was issued and his name was omitted. It is stated that he misbehaved in office and commission. He is then listed as having rank of Captain.

George Marable
I guess they changed their mind!

Thomas Cowles
William Marston. W. Marston could have been a sub-Sheriff

David Bray
He served until 1706 when he begged to be excused!

William Parks
Founder of the “Virginia Gazette”. W. Parks died at sea. His granddaughter went on to become the first wife of founding father Patrick Henry!

George Richardson
He was discharged from office

From this time forward all Sheriffs were elected officials.

Henry Benskin
The first elected Sheriff. No other name has been found for Sheriff until 1888. It is possible that H. Benskin was Sheriff through these years.

Louis P. Trice
This was a 3-way election; Walker Ware, E. Meanly, and Louis P. Trice. E. Meanly actually won the election, followed by Louis Trice. E. Meanly was known throughout the County to have a “hot” temper. After the election a man approached E. Meanly and asked him, how he was going to arrest someone for loosing his temper and getting into a fight when he couldn’t control his own. After some thought, E. Meanly declined to post the bond required causing Trice to take office by default! Trice served as Sheriff for the next 28 years until he died in office.

William B. Dorsey
W. Dorsey was the first and only Sheriff of The City of Williamsburg

Walter Dutton
During Sheriff Duttons’ final two years in office, he served as Sheriff of the City of Williamsburg and James City County, upon their merger in 1998. 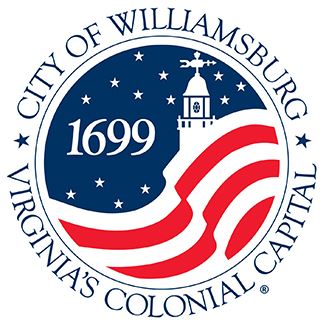 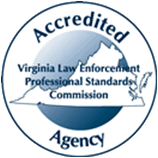